Conversation in car on way to art today with Thalia:

Me: I said something stupendously awesome that I can’t recall any more.

Thalia: Were you going to say “Go me?”

Thalia: Is there a song with “Go Daddy” in it?

So then I played it for her (Go Spotify!).

After a few moments:

Thalia: This sounds like the one with the whale in it.

Thalia: No! The one with the whale. It had a saxophone.

Me: Oh you mean that kind of whale.

Last time Thalia heard that one was more than a year ago, when we used to watch the video. She has a fantastic memory. I quickly put on Brian Setzer’s version of “Jump Jive an’ Wail,” which made her day.

Excellent music video with equally excellent suicide door (and yes thanks to Monster Garage I know what those are) here:

I have become the dad whose daughter is afraid to tell things to because I get angry.

This evening, Thalia came out of our pantry, where she had been getting the dog’s dinner ready, and asked Mama to come and help her. Mama was busy at the sink with rubber gloves on washing a few dishes, whereas I was just standing around in the kitchen (this is not always the scene after dinner, just for the record). Mama asked Thalia, “What is it?” to which Thalia replied, “Just come here, I need your help.” I said, “I can help you,” and Thalia said “No! I need Mama.” (She did more than “said,” but it didn’t quite rise to the level of “shouted,” something in between with raised voice.)

Mama told Thalia she was not able to help her right now, but that I could, and I started walking towards Thalia to head to the pantry. She got a sad look on her face.

As we opened the door to the pantry, Thalia said, “Promise you won’t get mad.”

When I hear something like that, I fear the worst. Or at least, I fear the pretty bad. Ready for something glass to be broken, or dog food to be all over the floor, I stepped into the pantry and didn’t see anything amiss.

I wanted to laugh at the completely irrelevant nature of this problem, but in fact I was quite saddened. Thalia very clearly had not wanted my “help” because she was afraid I was going to get angry with her. I tried to assuage her worries and tell her I wouldn’t get mad about something like this. It would have been a lie to tell her I’d never get mad, though, and I think she knows that.

Afterwards, I thought about how I ended up at this point with Thalia, and whether Siena feels the same way. Pretty much no parent wants to be in the situation where their child is afraid to tell them things, right? And yet somewhere along the way, I got mad sufficiently often to put the fear of dad in them. I can certainly think of incidents that got me acting angry and about which I am ashamed. Plenty of times when the girls would spill their milk on the table at dinner. Times when they would ignore me again and again at bath time and bed time. When Thalia had spilled an entire bowl of salad or dog food on the kitchen floor. Upon reflection, I now recall numerous occasions in which the girls have only wanted to tell Mama something.

I worry I get mad a lot. I definitely used to when my general stress level, due to a variety of factors, was higher. I’m much more conscious about it now, and I usually either control my temper or just walk away before a situation escalates. And I’m never happy or proud of my behavior at these times.

Unfortunately I haven’t figured out the fix for this, if there is one. They know I love them, I spend quite a lot of time with them, and I do help them with many things. Thanks to my work situation (almost no travel, working from home a few days a week), I see them more often than many parents, especially fathers, are able to see their kids. I’m not sure what more I can do. But I suppose I know what I can do less.

Because they love each other and are good sisters, Thalia and Siena had a self-declared Sisters’ Day today, May 22. They each crafted some gifts in the morning, wrapped them, and gave them to each other. It was so sweet!

One of Siena’s passions is art. Here extracurricular art class is one of the few things she reliably wants to sign up for each time enrollment comes around. So naturally we got her some drawing books and supplies at Christmas.

One of the books is a collection of instructions on drawing animals, kind of like this recent internet meme:

She’s been doodling a lot of them, and has started adding some notes that make this page look like we ripped it out of Siena’s Nature Guidebook: 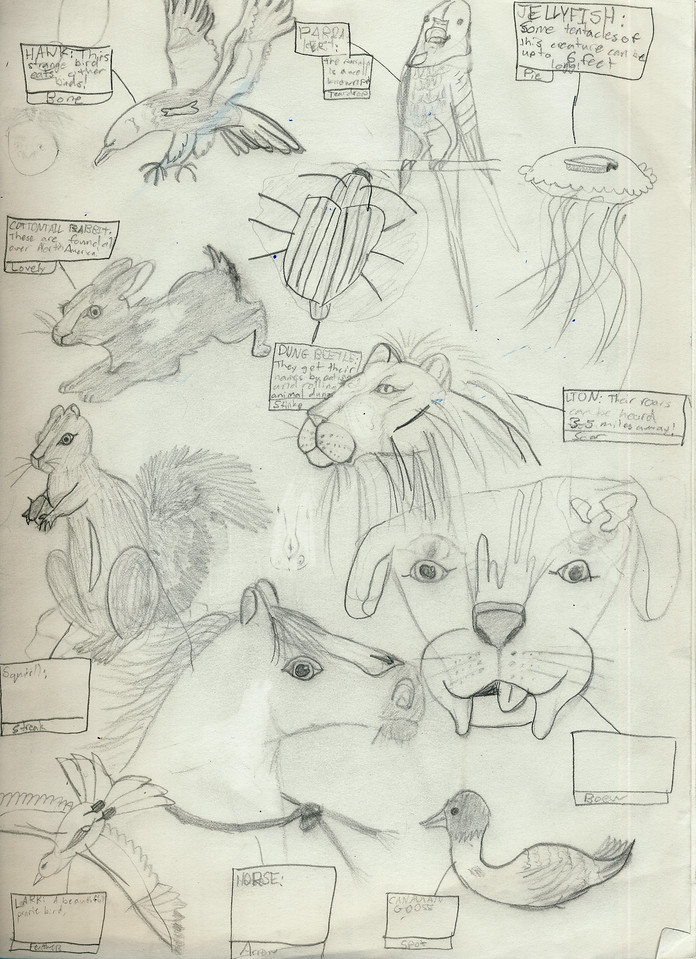 We’re obviously (isn’t it obvious?) pleased with how she’s doing. Still needs to work on some of them, but that bunny!

We took the girls to see the new Star Wars today. This was the first time that all four of us have been to a movie together. We figured it would be a memorable experience to choose this movie.

Both girls spent most of the movie with their ears covered, it was so loud. Thalia leaned up against Mama the entire time. Siena spent a large chunk of the first 20 minutes asking, “Who’s that?” “What’s that?” But after a while of me saying, “I don’t know” and “I’m not sure yet”, she finally said at one point, “I’m not asking you, I’m asking the screen.”

As we walked out of the theater, Siena said, “I’m usually afraid of real-life movies,”–by real-life she means actual actors as opposed to animated movies–“but I’m not afraid of Star Wars.” We determined during dinner afterwards that neither of them were entirely sure of what was going on. They had missed some significant story moments. But Siena did raise some really good points, including (minor spoilers ahead, I suppose):

As expected, Siena is now excited to see the other movies (she was disappointed somewhat to learn that Luke, Leia, and Han are not in three of the movies), and she also is looking forward to the next one. I think Thalia’s is excited, too, but also a bit apprehensive. We’ll see if she wakes up in the middle of the night like she did after she watched Home Alone with Nonna and Pops.

I had hoped to see the movie in 3D Imax at one of the theaters Wired magazine listed as one of the best seven in the country to see it. Instead we saw it in 2D at our local multiplex. But we all loved it, and watching it with the girls made it a much more rewarding experience.

Finally got around 200+ photos selected, processed, and posted on our SmugMug site at https://ruark.smugmug.com/Family/2015-Photos/. Some shots from Halloween: 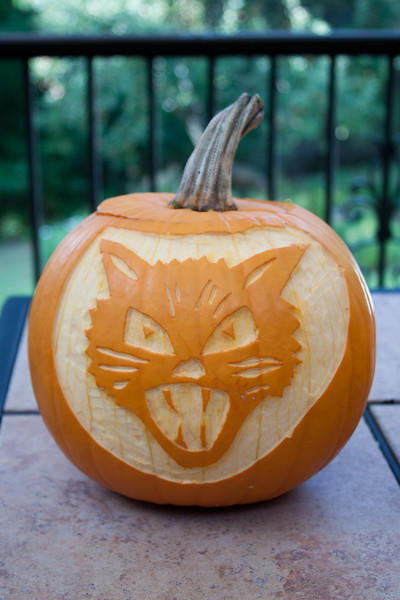 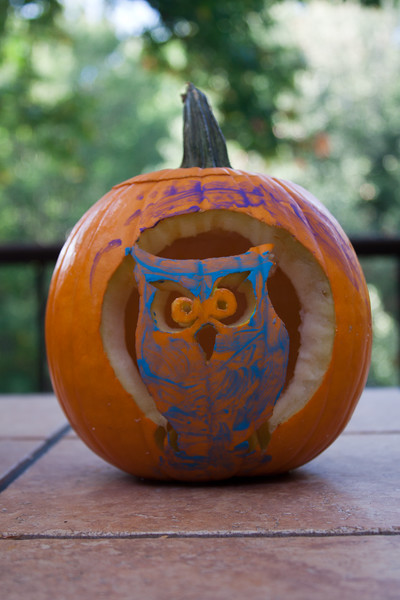 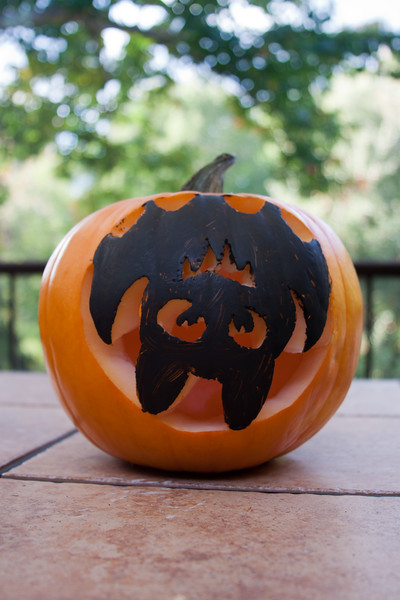 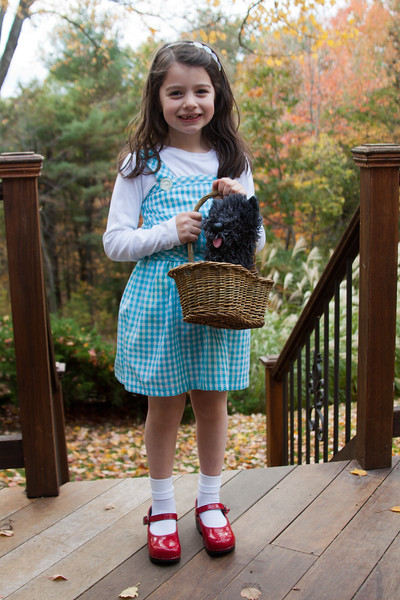 Siena is hosting a sleepover with one of her best friends tonight. They very dutifully made an agenda for their time together. Thalia in particular didn’t want us seeing this, and we overheard her saying (because really one overhears her say pretty much everything), “Nope, all it has it 1. Go to bed.”

In fact, here’s what it really has: 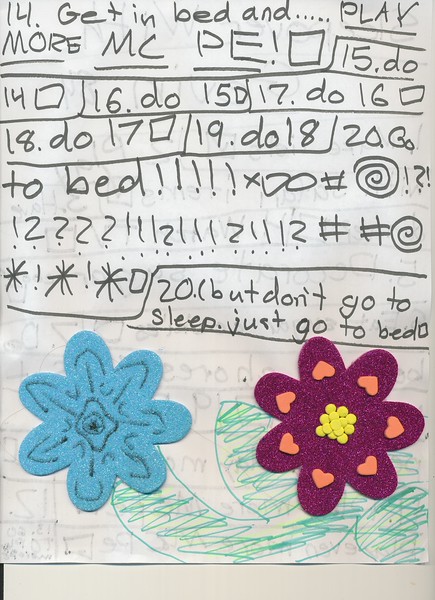 After dinner they forgot to check things off. They’ve done everything now except 5 and 6, which they will do first thing tomorrow morning. Right now they are on 21. Sleep.

Siena wasn’t identifying Heller’s barracuda at age 5, but she is, we are told, very talented at her coursework relative to her class. Yet she’s in that group of fourth graders who get “a little bit of differentiation or an hour of resource-room time in the course of a week.” It’s frustrating to see what few resources get applied to kids at or above grade level.

This is one of those cases where personal wealth can alleviate the problem, as with more money one could provide personal, challenging activities like private school or more extracurricular activities. Greater community wealth also helps, and we are at least fortunate to be in a town with an excellent, relatively speaking, public school system.

We always want to set our kids up for the best possible outcomes and the most opportunities. It’s good to see, according to this article, that attitudes about measurement (improvement of all kids, not just kids not at grade level) might be changing. I worry it will be too late for Siena and Thalia and their friends.

Thalia lost another tooth today, this one at school. She decided that she’ll want to put it under her pillow tonight instead of the little box that goes on her dresser that she’s been using. She wants to see if her tooth fairies are able to get to the tooth while it’s under her pillow (sneaky girl, and not something Siena has thought to do yet).

But that’s not the good bit. The good bit was her logic before dinner when she asked me if this would be OK (she didn’t articulate her logic, but it’s clear what was going on in her little head):

For our February winter break, we went to Walt Disney World. In the grand scheme of things, not a great trip. Mama was sick and slept in the hotel room for a day, missing the Magic Kingdom entirely. Our day at Animal Kingdom was aborted after a few hours, and then both girls were diagnosed, after a two hour visit to a pediatric office in Delray Beach, with the flu. I stayed healthy until the day after we returned, when I promptly got sick too.

In any event, the pictures generally make it look like we had a good time, so I guess history might record that we, in fact, did.

Full gallery of pictures, including the banana pudding, is located here.